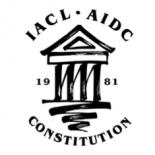 Blog of the IACL, AIDC

a network of constitutionalists from countries throughout the world

This post is in conversation with Professor Anne Twomey, author of the recently published book The Veiled Sceptre – Reserve Powers of Heads of State in Westminster Systems.

Tell us a little bit about the book

The book analyses the exercise of the discretionary or ‘reserve’ powers of the Queen of the United Kingdom, her vice-regal representatives in the various Realms and other heads of state in countries that employ the Westminster system of responsible government and rely on constitutional conventions that originated in the United Kingdom.  These are powers that can be exercised without, or contrary to, ministerial advice.  They include the power to appoint or dismiss a Prime Minister and to refuse to grant an election.  The book also considers more controversial acts, such as the refusal to prorogue Parliament, the proactive summoning of Parliament without advice, the refusal of assent to a bill, the refusal to act upon advice when the act would be illegal or unconstitutional, the refusal to act in a way that would breach the caretaker government conventions and the forcing of a dissolution.

The book follows in the footsteps of H V Evatt and Eugene Forsey in identifying and analysing these exercises of power, but does so on a much broader scale.  It deals not only with the older Realms of the United Kingdom, Australia, Canada and New Zealand, but also all the other Realms, such as those in the South Pacific and the Caribbean, as well as a host of other countries such as Dominica, Fiji, India, Kiribati, Malaysia, Nauru, Nepal, Pakistan, Samoa, Singapore, Trinidad and Tobago and Vanuatu.  It also deals with historic conflicts in countries such as Sierra Leone, Nigeria, the former Rhodesia, Ireland and South Africa.  The book takes this very wide range of examples and seeks to categorise and analyse them in the context of the basic constitutional principles that are common to these countries and the constitutional conventions that support those principles.

What inspired you to take up this project?

I wanted to give some support to those who are engulfed in a constitutional crisis who have to make the very difficult decision as to whether or not to exercise these powers.  Often vice-regal representatives and heads of state are left with little or no support or guidance concerning the exercise of these powers.  I wanted them to be able to reach for a book on a shelf and find ten examples of where something similar had happened before, including at least one from their own region.  I wanted them to be able to learn from these examples what factors they should take into account, what risks are involved, how others have dealt well or badly with similar problems and what possible options they may have to achieve an outcome most conducive to constitutional governance.  Most of all, I wanted them to think about how to act in a manner most consistent with constitutional principles and conventions.

What challenges did you face in writing the book?

The biggest challenge was finding primary material about the various constitutional crises analysed in the book.  This was particularly problematic in relation to smaller countries, such as those in the South Pacific and the Caribbean, where archives are few and often inaccessible.  Even access to court documents and judgments was sometimes difficult.  In one case, the only way I managed to obtain relevant primary material about a controversy in a South Pacific nation was through the fact that the wife of a judge had a back-up of the various affidavits on an old lap-top.  Access to other material was more formal, but often still difficult.  For example, obtaining access to the Royal Archives at Windsor Castle was both a challenge and a great thrill, as it is an extraordinary treasure-trove of unseen primary material.

What do you hope to see as the book’s contribution to academic discourse and to constitutional or public law more broadly?

I see the book as hopefully fulfilling two roles.  First, it will be a useful record of a vast array of occasions in which reserve powers have been exercised or their exercise contemplated.  Having worked in government I appreciate how valuable it is to be able to identify when something has happened before and to learn from it, before dealing with the crisis before you.  The book should also open the eyes of people to questions and issues that go far beyond the well-known examples of the King-Byng affair in Canada in 1926 and the Whitlam dismissal in Australia in 1975.  Our constitutional conventions have become cramped and distorted due to our obsession with the details of a limited number of incidents.  This book should open up the discourse.

Following on from this book, I would like to write one about the constitutional role of Queen Elizabeth II in her various Realms.  I suspect there is a very interesting, but currently unknown, story about how she has fulfilled that role.  This would fill in a crucial gap of knowledge in our understanding of how this constitutional monarchy operates in practice.  But due to the strict confidentiality of this material, it is impossible to do so without the cooperation of the Palace and access to the Royal Archives to reveal the relevant primary material.  So I am waiting, impatiently, and hoping to gain access.

Anne Twomey is a Professor of Constitutional law at The University of Sydney.

This entry was posted on May 29, 2018 by iaclaidc in Uncategorized.

Other blogs and websites